This post may contain Amazon and other affiliate links. Using these links, I earn a small commission at no additional cost to you.

One of my children, just hit a milestone birthday. She was rewarded Taylor Swift concert tickets, her favourite artist, and was in total shock! In keeping with the theme, I planned a fun out with a few of her friends.

I created a fun evening for them, but was surprised, that none of them, had heard of a car rally. They were a bit skeptical. This was a popular event that I did when I was a youth. It’s a scavenger hunt on wheels, and now with the ease of cell phones, you can record the event, and make a cell phone call rally. Back in my day, one could find different objects, as proof, that you were there, or one had to dish out the film cameras, to then take proof of the event. Now, one just takes your cell phone and record each stop.

SEND THEM OFF to go skating, or something fun, with the other parent, or friend, while you work on getting it ready!

Need a little help from my friend, Taylor

I created this event, in about 6 hours, with a little help with some of my friends, and with the help of Taylor Swift’s music lyrics, as clues. It took them about two hours to complete!

1. First stop, the image of Katy Perry in a hamburger, with Taylor Swift in Fries, they made up, and so I send them off to McDonald’s to get dinner first, while I continued to get the clues over to the next stops. I had my husband, there earlier enough, to eat, and pay for their meals.

2.  I’d never walk Cornelia Street Again….but I will go drive and go inside….(Name a friends street) . Inside, I had the host read “Barefoot in the kitchen/sacred/New Beginning/That became my religion”.   Take a photo of all your barefeet in their House’s kitchen

3. Just before they left, the host gave them another clue- “I snuck in through the garden gate/Every night that summer just to seal my fate”

(Find someone with a garden gate, and then tape a clue, in a envelope, to say where to go next, in our case, it was inside the home of the garden gate)

4. “Here’s a toast to my real friends  They don’t care about that he said, she said”

The host will open up some sparkling apple juice bottles and give them plastic champagne drinking glasses, to toast. Photo of them toasting each other.

Before they leave, Host gives the next clue

GO To this house,  (one with a baby)! Take a photo with the baby…

And ask for the next Clue-

Host -will give them this clue, and they will open it there.

“And we see you over there on the Internet

Comparing all the girls who are killing it

But we figured you out

We all got crowns

You need to Calm down.”

Host takes a photos of all of them wearing crowns, gives them clue #6 with an address or you could be sent to a number of an address.

6. So it goes…“You did a number on me/but honestly baby, who’s counting?…

Go to this House #, and inside Host gives the foil Birthday Numbers to the birthday child. Take a group photo

HEAD to the bleachers at the Highschool field, and take your group photo.

(on the bleachers/or a person standing to give you the next CLUE #8!

8. I forgot that you
Got out some popcorn
As soon as my rep starting going down, down, down
Go to the movie theatre, and BUY a BAG of MOVIE POPCORN and then

Head to the graveyard, your next clue will be handed to you .

9. Laughed on the schoolyard
As soon as I tripped up and hit the ground, ground, ground
And I would’ve stuck around for ya
Would’ve fought the whole town,…

Go to the School playground, take photos in the school yard with your popcorn and laugh and then read the last clue #10

A bunch of smiles, and time to blow out the candles, made it a successful night! There are so many versions one can do!

Previous Post: « This simple toy, will give your child a hand up when it comes to reading.
Next Post: Robot Day » 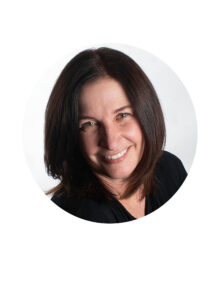 I’m professional photographer, and a past preschool owner.  I love designing, creating, and using my imagination. 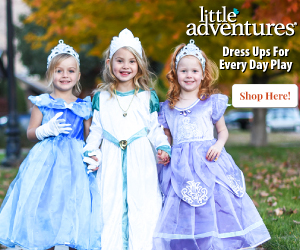